There is a lump inside
Tearing me apart
It is shattering the walls within
To bleed profusely
To bleed smoothly.

It is a battle within myself
A war against the world
Where even the gods choose
To combat against you.

So, why don’t you call me above-god?
I don’t even leave my ashes behind
Yet, I create myself
Yet, I create you.
Posted by Tulika at 01:46 No comments:

Letter to my daughter 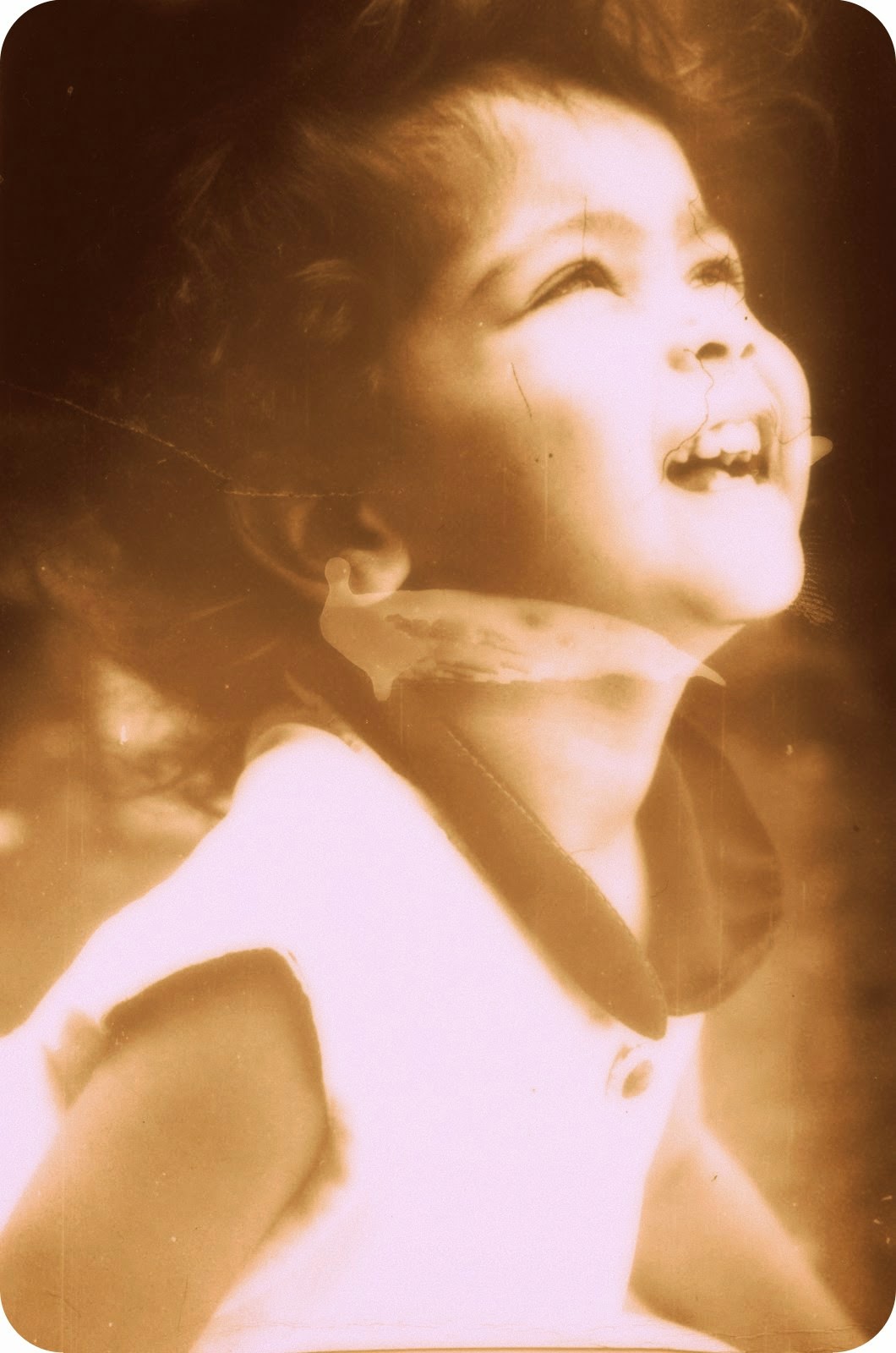 Don’t let them tell you
“This isn’t appropriate”
For I am telling you
It will always be fine
If you do it
Not killing even the smallest part
Of-your-own-self.

Don’t care too much
But do care enough
For your life would depend
In balancing the two.

Eat, love, laugh, dress
Inappropriately
If that is, what it is to be:
Your-own-self.

In the darkest of streets
I have taken even darker shades
They say, the filth that I carry
Shouldn't spread.

I have never left these corners
Stayed in the herd for long now
Been conspicuous
Till' my very soul.

They come
They bare themselves
And tag me;
With promiscuity.

Been all that and more… 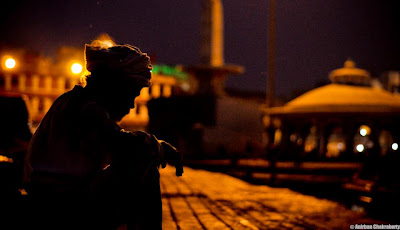 A sincere 12th player
A silent observer
A stalker
A lover
Cared for and cursed by
A loner
And a seeker.

If the stray curls close to the door
Where does it belong?


Neatly pressed in the folds
I have kept everything safe there
You have been queer for so long
Victim of my obsessions. ..

I turn the vase to the other side
And you wonder -why.
I place them as they are
As they were...

You say I don't involve
Because I am so insanely involved
And I lack passion in life
You see- passion it is
I possess deep inside...

I turn the vase to the other side
As it were in the neatly pressed folds
And all my world together
Sits on a table quiet.


Thanks Sim. Bro, you helped me come out of the block.

Crimson hues
Trickling down from the very being
Fresh it is
And growing deep
Intrinsic... Pure...


The silvers chime
Striking melodies
Of numerous joys.
The ornate attire
Depicting the bliss
Is a display of patterns within.


Infinite emotions sprout
From a restless soul
Yet tranquilized by a magical silence around
That leaves no space for words. 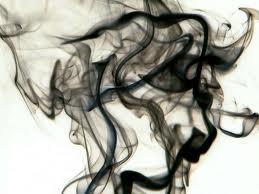 Everything fails here
Fails utterly
Fails bitterly...
The confessions that I seek to make
Are so dark
Perhaps the ink would read
Only black.
The magic that amused once
Now torments the very soul
With the name that it is given;
Black.
I still love it
As nothing will change now;
For what I have is black,
What will remain is black.
Posted by Tulika at 02:51 7 comments:

He is utterly shabby. Couple of loose entangled coils in place of hair, projected randomly in all directions. What I was  first mistaken of as boots were actually socks torn up at ankles and  pulled onto the jeans that made them look such. He wore snug fit dark green jumpers. I am of opinion that they were light green, once upon a time. One eyed I guess, as he could barely open the other, wrinkled skin which had been creased darker with dirt. Old fellow, lost sanity...
He came to our hostel canteen quite frequently. An object of interest for long, I wanted to know about him. At times when I went to collect my tea he would make way for me politely. I was amused by his mannerisms. Discussing about him with my friend I made up my mind that I would learn more about him the next time I come across and also provide some monetary help as well.
---x-x---
He was ordering tea while me and my friends also chatted over cuppa. But sadly I only had fifteen bucks but still, I and a friend rushed after him...caught him at a distance. I panted clutching the money tightly inside my sweatshirt pocket. My friend initiated;
"Hello ! Humein aapse baat karni thhi?"
"Haan boliye?" He replied in a weak voice.
I got numb, had never heard him talk. Couldn't judge if he was normal. I thought he might grow violent anytime.
"Aap kahan rehte hain?" We asked.
"Yahin peeche."
"Peeche kahan."
"SOL (School of open learning) mein." He answered instantly.
I was not sure whether to give him the mean amount or not, I was still clutching it tightly.
"Aap kya karte hain?"  We continued our kya- kyun- kaise  stuff.
"Main registrar huun." He offered us tea which he was holding. We politely declined. I was sure by now that he had lost his sanity. Yo man ! I buy it, you are a registrar. I am queen of Jingalala.
"Acha, aap kya karte hain wahan?"(See again!) I pestered him, scrutinizing tad too much.
He was a bit irritated by that time I guess, he began;
"Listen ! I am a registrar at SOL. What do you think I must be doing. I work there. The designated work." He spoke this in English with an accent far superior than mine, the money which I had been clutching tightly all this while, dropped inside. It must have taken a humble corner. I did not know what to say now.
"Oh ! We just wished to speak to you". I flaunted my English this time.
"Alright ! It was nice talking to you people." He departed then.
My friend shouted at me " Saali tu issko pandrah rupaye degi? Wo tujhe abhi sau ka note nikaalke deta! Aur chaar baatein aur sunata!"
I came back, my head sunk low. One of my friend's friend told us on our way back that he lives on streets. Rich once, has given most of his property in charity. These days he writes articles for some magazine or like. And also helps students with assignments who know him around.
What do I say now? World's strange !
I would think twice before offering someone money from now on.
And yes, next time If I need some help for assignment,I know where to hit. SOL ! :D
Posted by Tulika at 03:00 4 comments:

Email ThisBlogThis!Share to TwitterShare to FacebookShare to Pinterest
Labels: Life

Amidst everything, I get old. 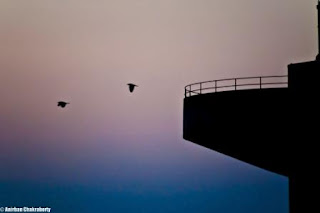 Nowhere they lead to
A journey alone
And destination unknown.

Walking for years now
On same path
I’ve made a mark
Of my presence
…persistence.

No, I’m not complaining
I was made for you
(To be ruined by you).

The tiny little droplets
Slowly drip away
But remember one thing;
Amidst everything
I get old.
Posted by Tulika at 00:59 10 comments:

Ain't it?
Brightly colored fun
And the Ocher grim
But behind all this intent
A monster glares at you.

You've been a kid
Happy-go-lucky
And wham!
It pounces...

It ruined you
Impregnated you with truth
Hard and bitter.

Don't snatch the innocence away
Don't show me the insides
I wish to not know...
Posted by Tulika at 11:43 7 comments:

One life, many muses. Muse overwhelm me, possesses me and the surge exudes forth a blue flux of crucible,a saga of paradise unbound- ecstatic attempt to unveil a whole new world.Welcome to Muse Memoir and see what all the muse has to say...

I have an Earth that spins."

Those will be the days when a dynasty called Love will rule on Earth.

They write, I recite:

I celebrate myself, and sing myself, And what I assume you shall assume, For every atom belonging to me as good belongs to you. 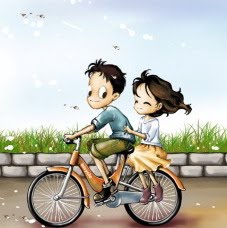 A Dream Within A Dream

Take this kiss upon the brow!
And, in parting from you now,
Thus much let me avow-
You are not wrong, who deem
That my days have been a dream;
Yet if hope has flown away
In a night, or in a day,
In a vision, or in none,
Is it therefore the less gone?
All that we see or seem
Is but a dream within a dream.

I stand amid the roar
Of a surf-tormented shore,
And I hold within my hand
Grains of the golden sand-
How few! yet how they creep
Through my fingers to the deep,
While I weep- while I weep!
O God! can I not grasp
Them with a tighter clasp?
O God! can I not save
One from the pitiless wave?
Is all that we see or seem
But a dream within a dream? 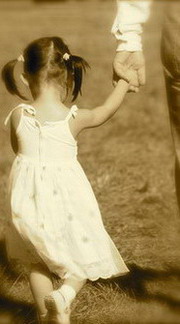 I teach you the overman. Man is something that shall be overcome. What have you done to overcome him? 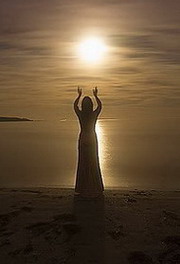 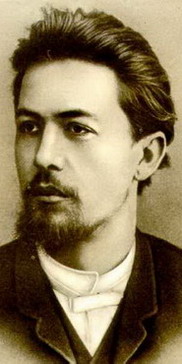 We've got the whole world in our hands.

Gaily bedight,
A gallant knight,
In sunshine and in shadow,
Had journeyed long,
Singing a song,
In search of Eldorado.

But he grew old-
This knight so bold-
And o'er his heart a shadow
Fell as he found
No spot of ground
That looked like Eldorado.

And, as his strength
Failed him at length,
He met a pilgrim shadow-
"Shadow," said he,
"Where can it be-
This ?"

"Over the Mountains
Of the Moon,
Down the Valley of the Shadow,
Ride, boldly ride,"
The shade replied-
"If you seek for Eldorado!"